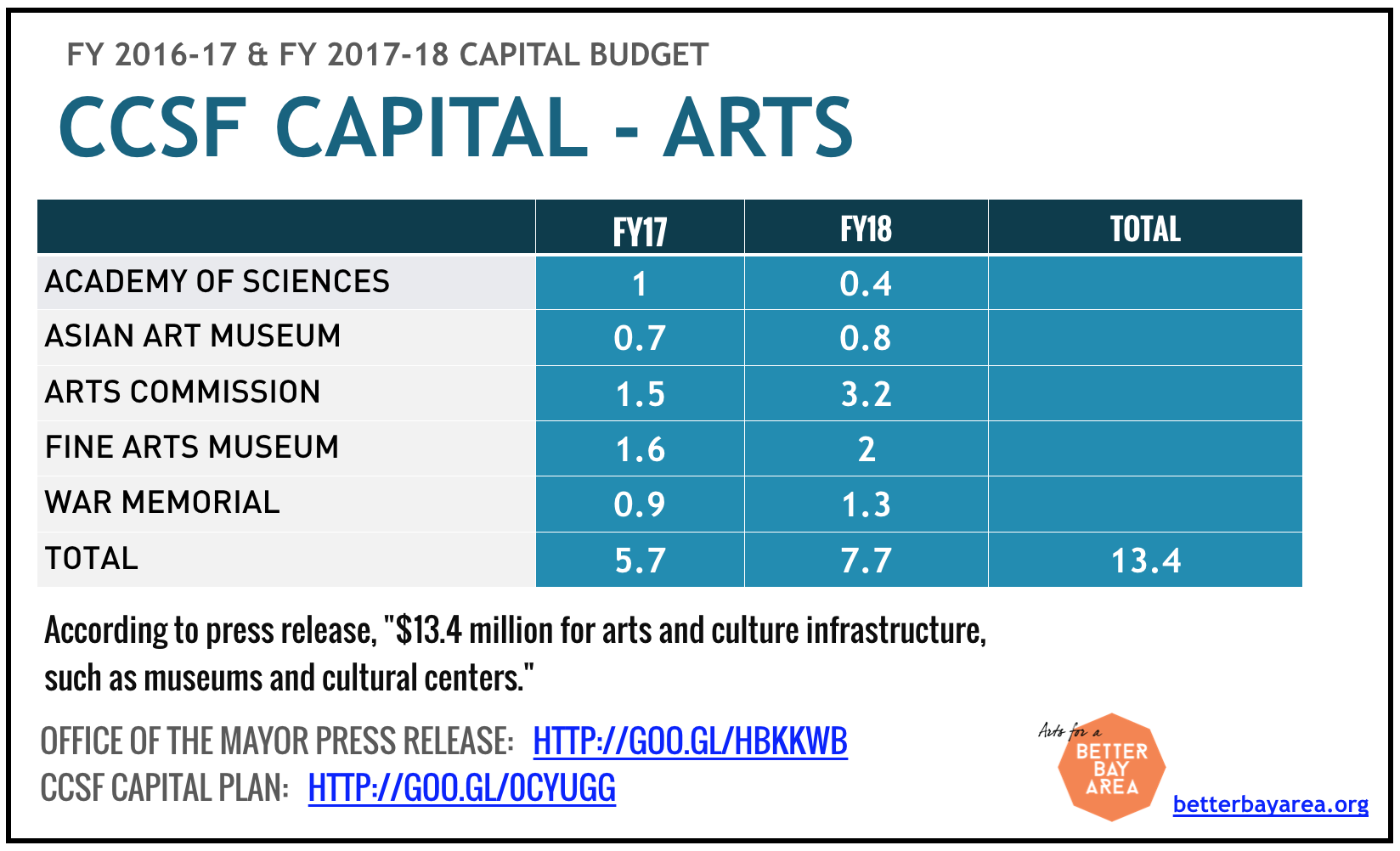 According to the press release, the arts and culture investments are for “state of good repair and life safety needs at city-owned buildings” such as cultural centers and museums.

The Mayor’s proposed budget, released on May 31, states that capital projects will include a retrofit of elevators at Mission Cultural Center for Latino Arts as well as adding cooling systems to the HVAC affecting the theater and gallery spaces.

Capital recommendations are guided by San Francisco’s Ten-Year Capital Plan, which is annually reviewed by the Capital Planning Committee. For more information, go to: onesanfrancisco.org.