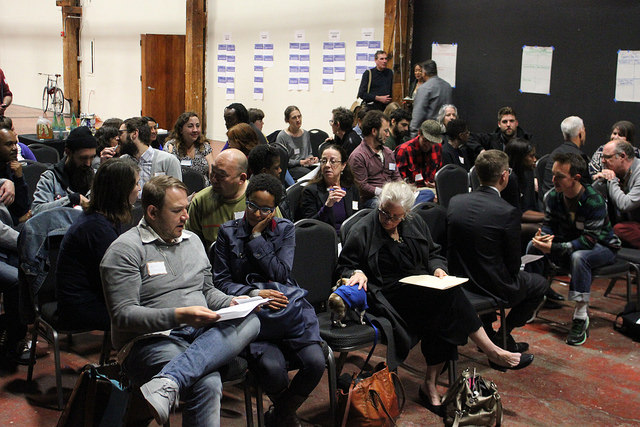 Mayor Ed Lee recently approved a whopping $9.6 billion city budget, reflecting tremendous economic growth in recent years — as one newspaper pointed out, that’s more cash flow than the entire state of Iowa has to work with. But it would come as a shock to no one that the benefits of abundant wealth floating through San Francisco aren’t equally distributed.

Among others, artists and homeless families are two groups acutely impacted by the pressures of San Francisco’s sky-high cost of living. To balance the scales for them, an unlikely coalition of advocates has come together to carve out a life raft of funding assistance. Their measure on the November ballot promises to offer help to families facing housing loss and artists who find themselves in precarious situations, and it won’t require a heavier lift from taxpayers. To achieve this, the measure would allocate funds from the city’s hotel tax.

San Franciscans will have a chance to bring greater stability to homeless families and artists by voting in favor of Prop. S, the Arts and Families Initiative, on the November ballot.

Don’t miss your chance to vote

Arts and culture are at the heart of what makes San Francisco unique, but economic pressures have propelled a rash of evictions and displacement. When the San Francisco Arts Commission surveyed 600 local artists last year to assess their level of stability, results showed that 70 percent either had been or were about to be displaced from their homes, workplaces, or both.

For homeless families, constant instability can be a dangerous day-to-day struggle. One in 25 public school students is now homeless in San Francisco, says Coalition on Homelessness Director Jenny Friedenbach. She estimates there are twice as many homeless kids today as there were five years ago. Typically, “our kids are homeless for at least a year,” Friedenbach explains. “But the damage is permanent.”

One in 25 San Francisco public school students is homeless, according to the Coalition on Homelessness

A unique alliance of arts and homeless advocacy organizations came together to hatch a solution: Take some of the funding from the city’s long-established hotel tax, and use it to tackle family homelessness and boost funding for the arts.

The unprecedented coalition has brought together small and large arts organizations across the city, as well as a number of homeless advocacy groups. Among them are groups as disparate as the San Francisco Ballet, SOMArts Cultural Center, SRO Families United Collaborative, the Chinese Culture Center of San Francisco, the Homeless Prenatal Program, the Exploratorium and Z Space. It also has a range of endorsements from across the political spectrum: Supervisors Jane Kim and Scott Wiener, rivals in the race for California Senate, both support it, as do Sups. Eric Mar, Norman Yee and David Campos. The San Francisco Tenants Union is on board, as is San Francisco’s largest city employees’ union, SEIU 1021. There’s no formal opponent listed on the ballot. 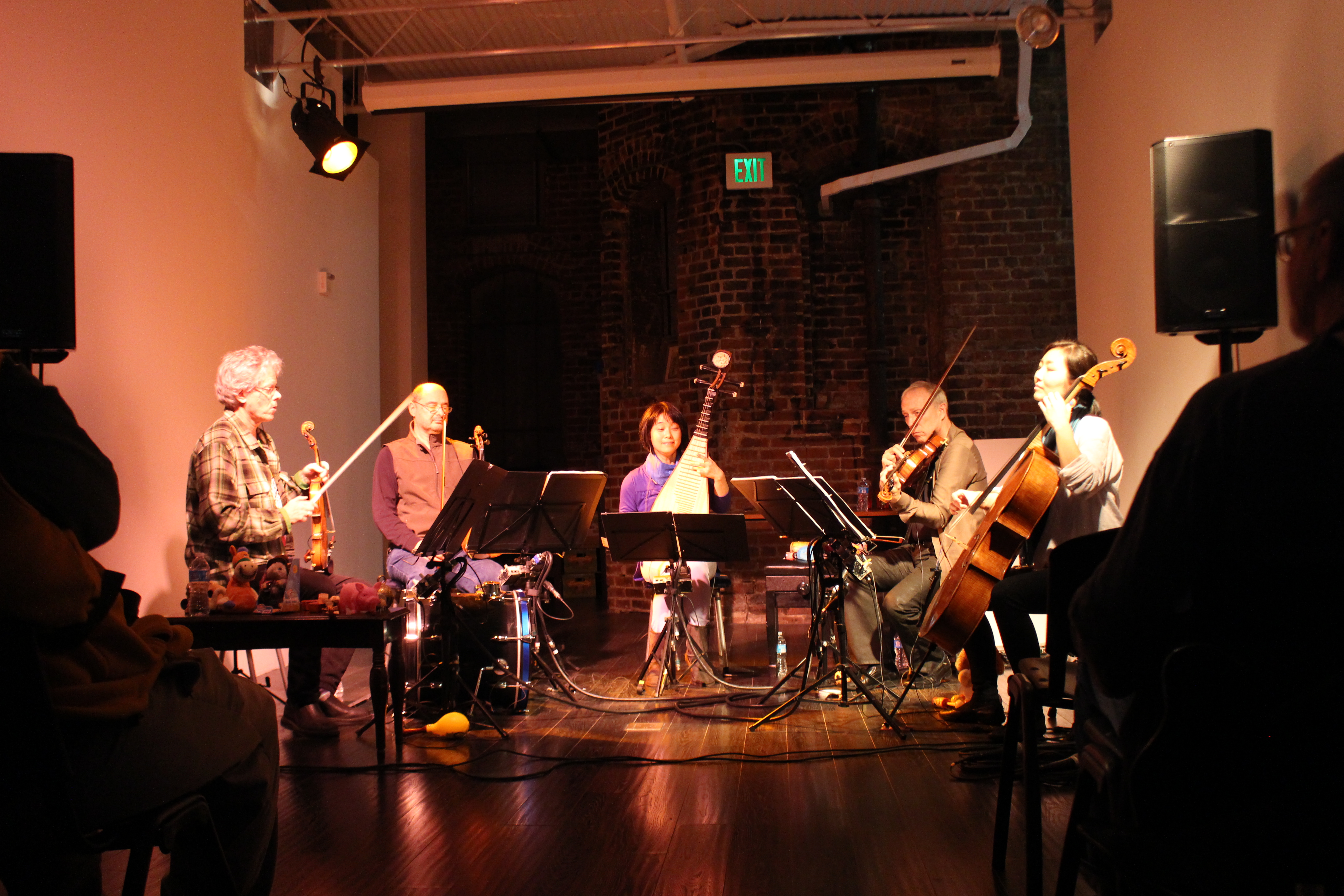 “There’s been a real focus on equity, in many different forms,” says Adam Fong, a composer and cofounder of the Center for New Music, who has helped the effort along. If the Arts and Families Initiative fails to pass, the existence of cultural institutions that help make San Francisco what it is could be jeopardized and families seeking permanent housing would be at higher risk of experiencing homelessness. Extreme circumstances brought these advocates together, but support is still urgently needed. The threshold for approval is a two-thirds majority of San Francisco voters.

Directing hotel tax revenue toward these twin purposes is a smart move, because the funding generated by this tax is on an upward trend. In the next four years alone, it’s projected to increase by about $90 million, and this measure would only allocate about 38 percent of that expected revenue increase.

Tourism is one of several powerhouses relied upon to replenish city coffers. In 2015, according to San Francisco Travel, 24.6 million people visited San Francisco. That same year, 44 conventions were booked at the Moscone Convention Center, which, according to SF Travel, ensures more than 1.5 million overnight hotel stays stretching all the way into the year 2032. As of April, there were also proposals to build a dozen new hotels in San Francisco.

In 2015, 44 conventions were booked at the Moscone Convention Center

Visitors arrive from every corner of the globe, but almost every San Francisco hotel guest has something in common: Their bill comes with a little extra fee tacked onto the end, known as the hotel tax.

The tax was set up in 1961 with the intention of supporting arts and culture organizations in San Francisco through grants and other forms of assistance. The concept set off a trend. Chicago, Houston and Los Angeles followed suit soon after with similar taxes aimed at shoring up the arts, so that they could boast cultural draws that would attract even more visitors. In the decade after it was established, funds from the San Francisco hotel tax were also directed toward low-income housing programs. 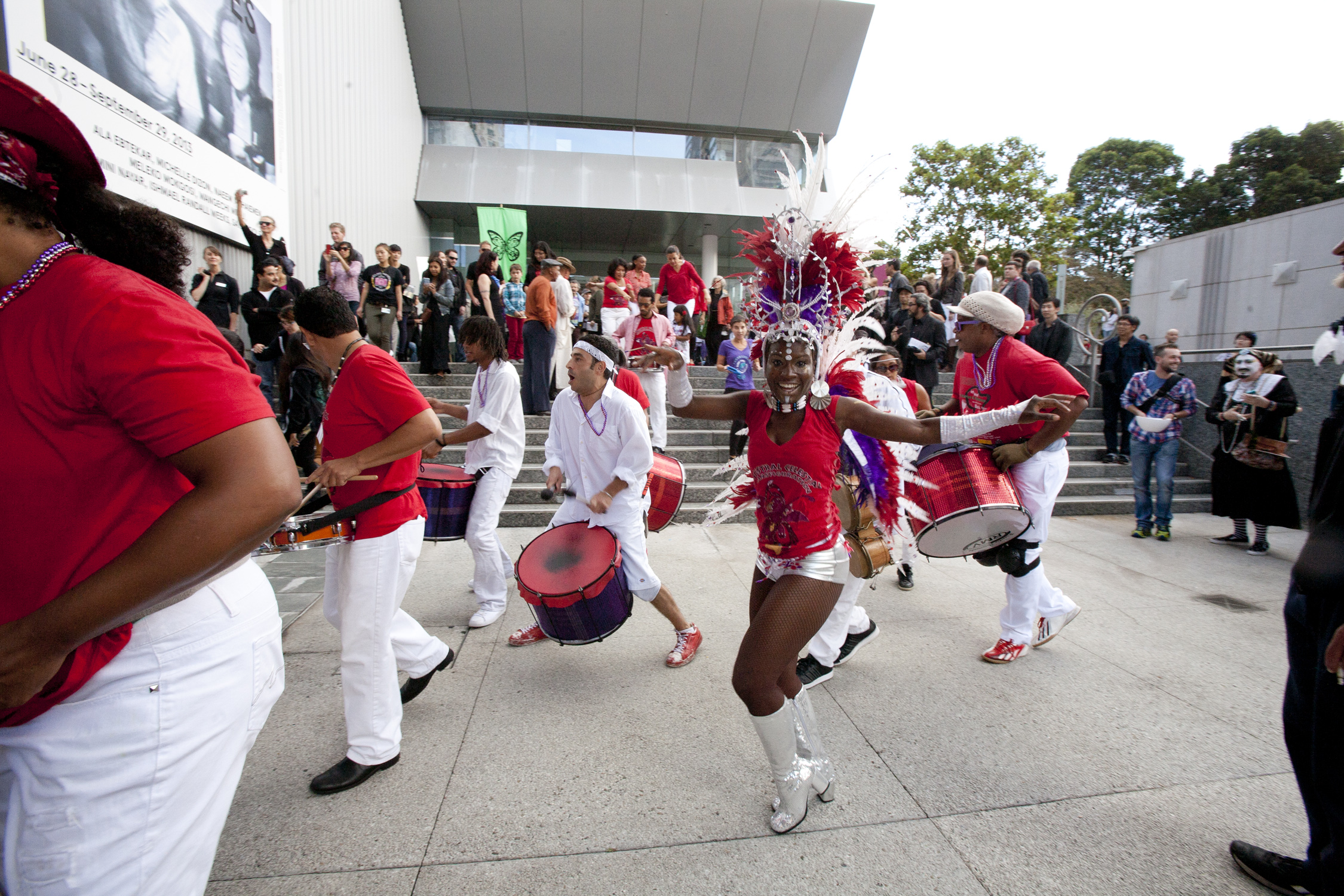 But even though the tax was meant to give artists and low-income residents a leg up in a pricey city, San Francisco didn’t stay true to that intention over the years. Hotel tax funding for these special purposes started to erode in the early 2000s, when the city fell on lean times. In 2013, specific allocations were repealed altogether, and the hotel tax revenue was absorbed into the city’s general fund to pay for various city services.

The dedicated funding was never fully restored, even after the economic picture improved. All told, artists and arts organizations have lost more than $200 million in funding over the past 14 years, while low-income housing programs lost $90 million.

And in the arts world, as funding support waned, it got harder to make it work in San Francisco. Just ask Nomy Lamm.

“I’m a voice teacher -- my primary medium is singing,” Lamm explains, but this only scratches the surface. “I’ve been in a bunch of bands, and I play accordion. I do performance arts stuff -- dressed as a bird, dressed as a mermaid.” At various points Lamm has also been a novelist, an illustrator, a documentary filmmaker, and an activist. She’s participated in arts symposiums and used her work to plug in on issues affecting people with disabilities, the queer community, communities of color impacted by police violence, and other social-justice causes.

A film she made recently screened at Artists’ Television Access on Valencia Street in San Francisco’s Mission District. And at an October ODC show with the Sins Invalid performance project, which incubates and celebrates artists with disabilities, she plans to treat the audience to a mix of voice and live sound loops while donning a dress “the size of the stage.” There’s just one problem — Lamm no longer lives in the city where she makes art, even though it’s a place that’s fed her creativity since she moved here almost nine years ago. 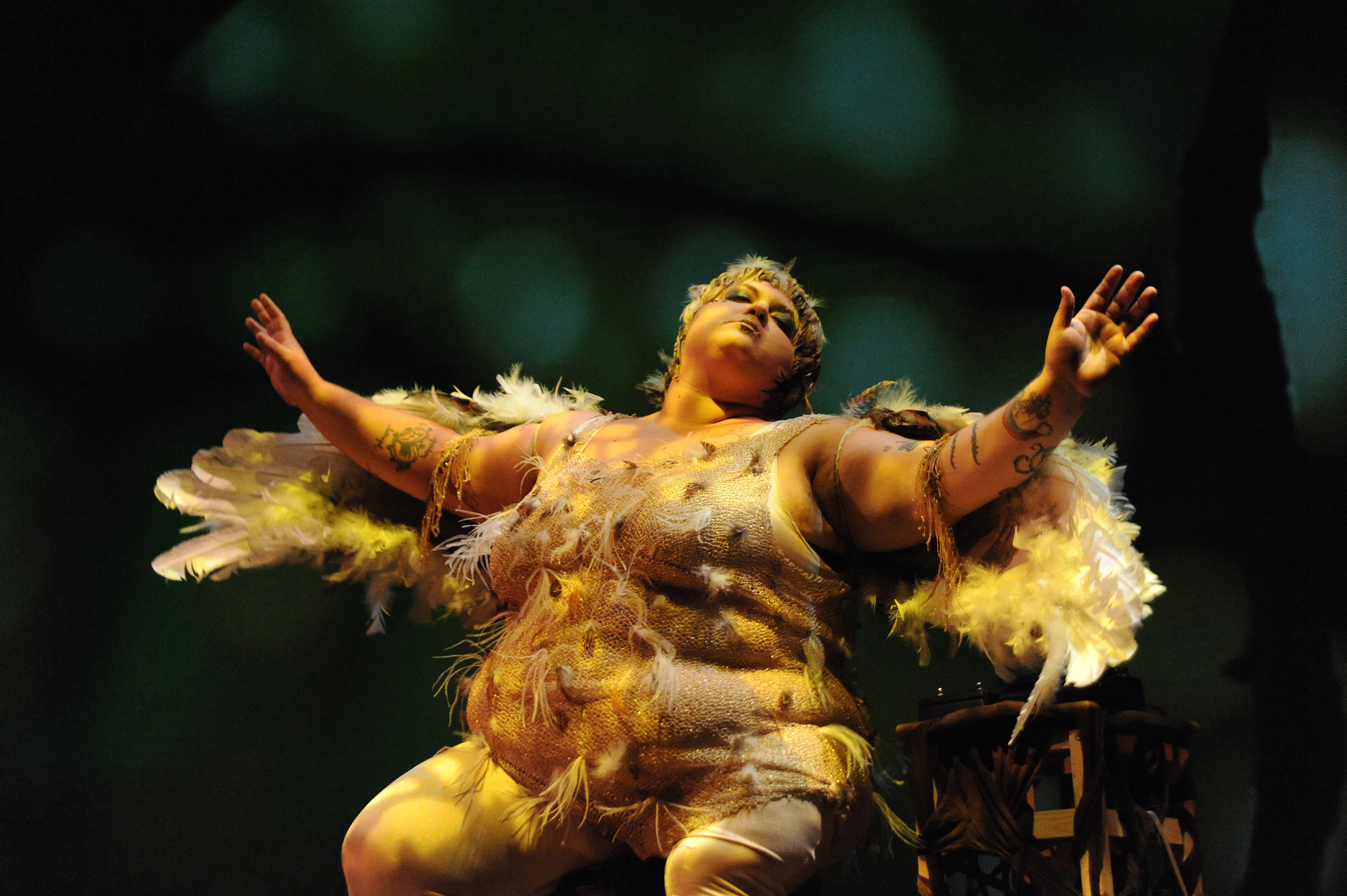 After being caught in an unworkable housing situation last year, she and her partner Lisa, also an artist, embarked on a housing hunt. But in the end, the search was in vain — they were even turned down as tenants when they applied to live in a unit two hours north of San Francisco. Making matters worse, across her community of artists and musicians, “Everyone we knew was getting evicted.”

Lamm and her partner relocated to Olympia, Washington, where she grew up, this past January. She’s made the trek back and forth to San Francisco time and again to continue to be a part of the arts scene, but the distance has reshaped her reality and altered her career for good. The Arts and Families Initiative might offer new hope for artists who are determined to stay put despite the challenges.

How the allocation will work

If it passes, the new hotel tax allocation will provide more operating support grants for the arts. It will triple funding for arts agencies that make grants to historically underserved communities and nonprofits that provide affordable facilities for artists and arts organizations. And it will make it easier for arts organizations to access emergency rent support if they need it.

It will also create the Ending Family Homelessness Fund -- a much-needed source of emergency funding that could be tapped to stabilize current housing for families at risk of displacement, or to provide help for homeless families looking for housing. 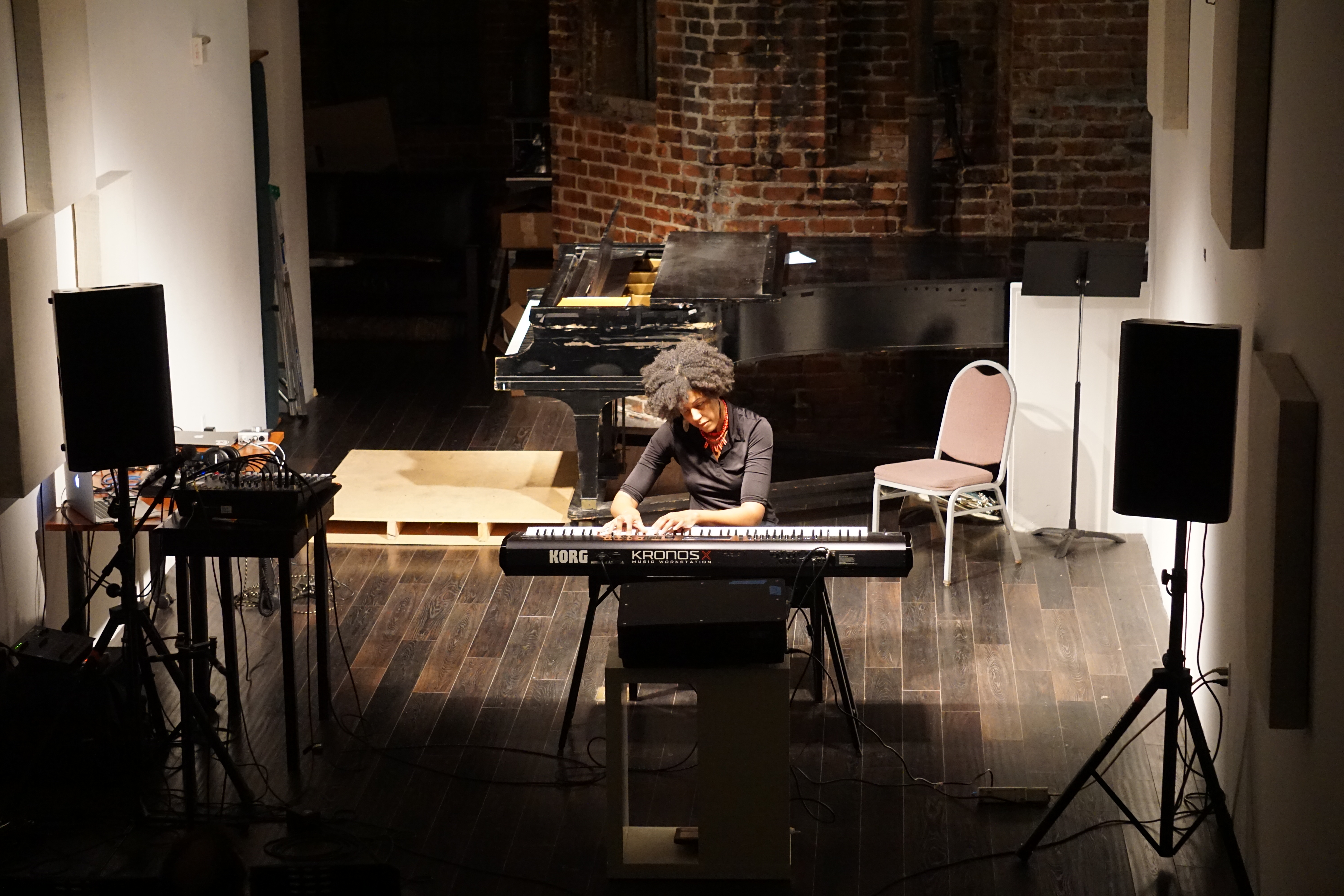 All told, 17 percent of the hotel tax would be dedicated toward new arts funding by 2020, while 3.6 percent would go toward homeless family services. It’s important to note that homelessness and family services receive more funding in other parts of the city budget, which aren’t covered by this tax allocation.

While the city controller has noted that the proposal would make it slightly more expensive to fund a variety of city government services, this prediction doesn’t tell the whole story. Budget projections are necessarily based on conservative estimates — but recent history indicates that revenues from the hotel tax are increasing, not remaining stagnant. So the estimated impact could be less than what’s currently anticipated.

Even though it’s widely supported, it will still be an uphill battle to win voter approval for Prop. S, since it requires a two-thirds majority approval. Help get the word out that artists and homeless families need Prop. S to pass. And don’t forget to vote.

Rebecca Bowe is a San Francisco resident who has great appreciation for the arts and is concerned about youth and families who are struggling with homelessness.

Want to know more about Prop S? Take a look at the resources ABBA has compiled