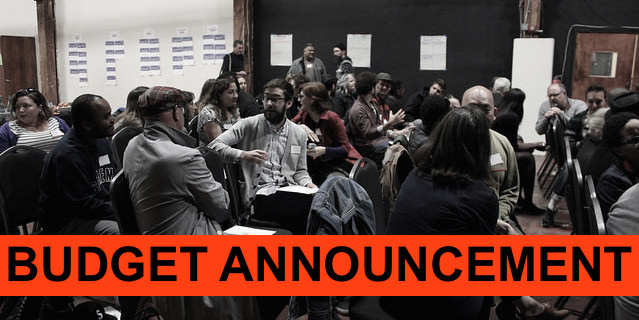 Three new full-time positions are highlighted in the budget, including a data analyst to manage the department’s performance measures, program evaluation, research and reporting, a position to oversee the department’s capital projects and physical assets including the cultural centers and civic art collection, and a third position to support the “greatly expanded” SFAC Main Gallery in the War Memorial Veterans Building.

Traditionally, the Mayor’s proposed budget is reviewed by the Board of Supervisors in public hearings. According to the budget schedule posted on the Board of Supervisors website, the first hearing for the Arts Commission will be held Friday, June 17th and the second hearing will be Thursday, June 23. Grants for the Arts is included in the budget for the City Administrator on Thursday, June 16th and Wednesday, June 22nd. All meetings begin at 10am and are held at City Hall, located at 1 Dr Carlton B. Goodlett Place.